WordPress, Themes and Plugins – What does it all mean?

If you are new to the world of websites and in particular WordPress websites it can be overwhelming and confusing to know what everyone is talking about.

Clients have told me that I am great at simplifying these things down so here goes an explanation in my words of what I mean when we are talking.

WordPress, Themes, and Plugins WHAT they are and WHY you need to know.

In order to use a theme and plugin and for the developers to ongoingly support them with available updates you need to purchase a license to use that software and then that generally needs to be updated annually. Depending on your theme or plugin I will purchase a license and will update that under my developers’ contract.

Before you ask YES you can get FREE themes and plugins, BUT..

Some third-party developers will develop a plugin and let you use part of it for free but if you want to use additional features you will have to pay. These usually can be updated regularly and there is no problem.  Depending on what the functionality or use sometimes it’s ok to use free components other times it most definitely is not.

WHAT WE DO DIFFERENTLY

At dcSPARK having been doing websites for over 26years, I have been around the block a few times I am always looking out what is best for my client’s long term and what is easiest for us both. I am always upfront with explaining the key things Clients need to be aware of with websites, so many times people have come to me from other developers who have not explained things properly.

We always use themes and plugins that are well supported by the developers so that there are fewer headaches ongoingly.
Our favourite WordPress Theme is Divi by Elegant Themes but I have many used other builders many have a similar concept. I also regularly use Gravity Forms for added functionality (including payment options) for forms. You will note that every developer will have their favourites but there are some common ones that will stand the test of time.

I try to avoid Clients buying additional licenses as they can be more costly to buy individually and my developments will often include 1 year of license with the project for key themes and plugins and any recommended plugins for their site will be discussed so that they know upfront what the ongoing costs will be. Many of my clients are also long-term and generally will also work with me throughout the year. So they are welcome to have their website cared for under my WebsiteCare Package (which means their site will be backed up, WordPress, theme & plugins are updated) and also means as a valued add that their key licenses such as Gravity forms and Divi themes will be updated during the update.

I hope this has helped explain WordPress, Themes & Plugins. Please let us know if you have any other questions you would like answered, I love providing support and deciphering the tech.

5 reasons why you shouldn’t Crowdsource your logo design 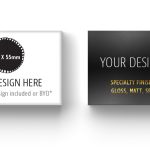 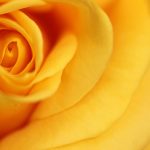 Preparing for a memorial service 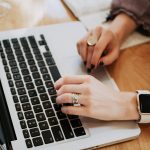 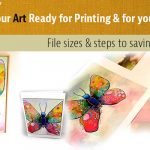 Getting your Art Ready for Printing & your Website – Part 2

DC SPARK is a holistic agency offering a complete solution. We are all about Igniting the SPARK in your biz and helping you out along the way.